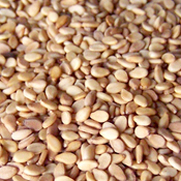 These sesame seeds are sourced from the plains of West Africa. Sesame seeds are extensively used for cooking for its flavor and also yield oil. These seeds are packed carefully so that they do not lose their quality. The high nutritious qualities of sesame seeds are strongly considered & they are added in several plates, salads and dressings. An extremely important attributes of a raw or roasted or sesame oil is that it has medicinal properties, which can be highly useful for curing various human diseases. 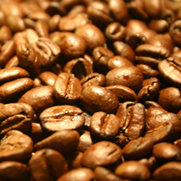 A coffee bean is a seed of the coffee plant, and is the source for coffee. The seeds are usually picked by hand before being removed from the skin and washed. They are then either left out in the sun to dry or dried by machine before being roasted and brewed to drink. The caffeine in the beans helps to give us a kick start to our day. It also makes us more alert and increases our concentration levels. 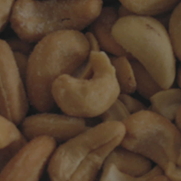 The cashew nut is probably one of the most exciting nuts that grows. The nut itself is protected by a very strong shell, that needs to be roasted/steamed before it can be shelled. The shell contains a high percentage of liquid, which makes the shell prefect for fuelling the ovens that dry down the kernels. Nuts quality is usually with Nut Count of 170 -190 and a typical Out Turn of 48-55 lbs. 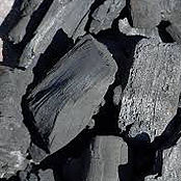 Charcoal as already well known is a high grade smokeless fuel for cooking and domestic heating. With the emergence of industrial society as we know it today in the middle of the nineteenth century, there are new and expanding uses for charcoal today. Two distinct markets for charcoal are recognized, the industrial and the domestic ones. 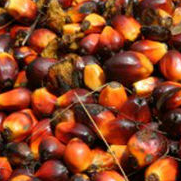 The Palm Kernel is one of the most versatile products ever grown. The kernel has a variety of by extracts which include palm oil, palm kernel oil, palm kernel cake but to name a few. Palm kernel shell due to its high grade solid, low ash and low sulphur content has been used as a burner for power plant as well as to process charcoal. 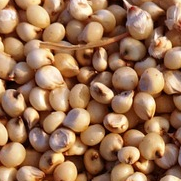 Sorghum is an important crop worldwide, used for food fodder, the production of alcoholic beverages, and biofuels. Sorghum is primarily a food product as well as for livestock feed. It also has gluten-free benefits especially for those with celiac disease. 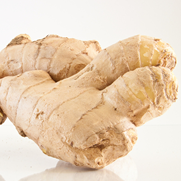 Ginger is a herb that is used as a spice and also for its therapeutic qualities. The underground stem (rhizome) can be used fresh, powdered, dried, or as an oil or juice. Ginger is also used as a flavoring by the food and drinks industry, as a spice and flavoring in cooking, and for fragrance in soaps and cosmetics. 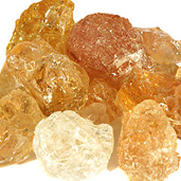 The gum is rich in both glycoproteins and polysaccarides which give it its characteristic sticky, glue-like consistency; they also make it a good stabilizer for food and beverages. Like gelatin and carrageenan, gum arabic can be used to bind food substances together, or to help different ingredients take on a uniform, even texture.